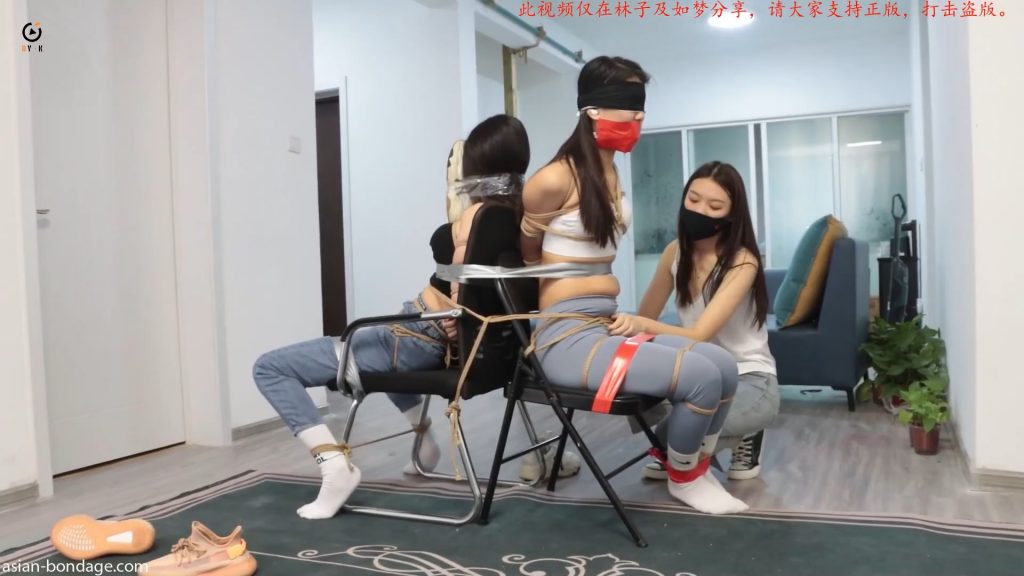 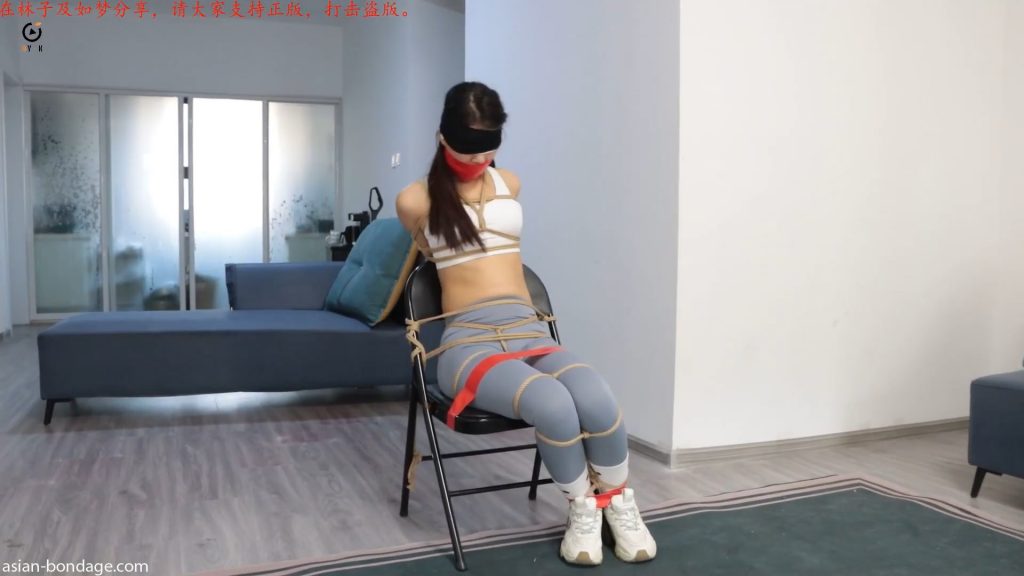 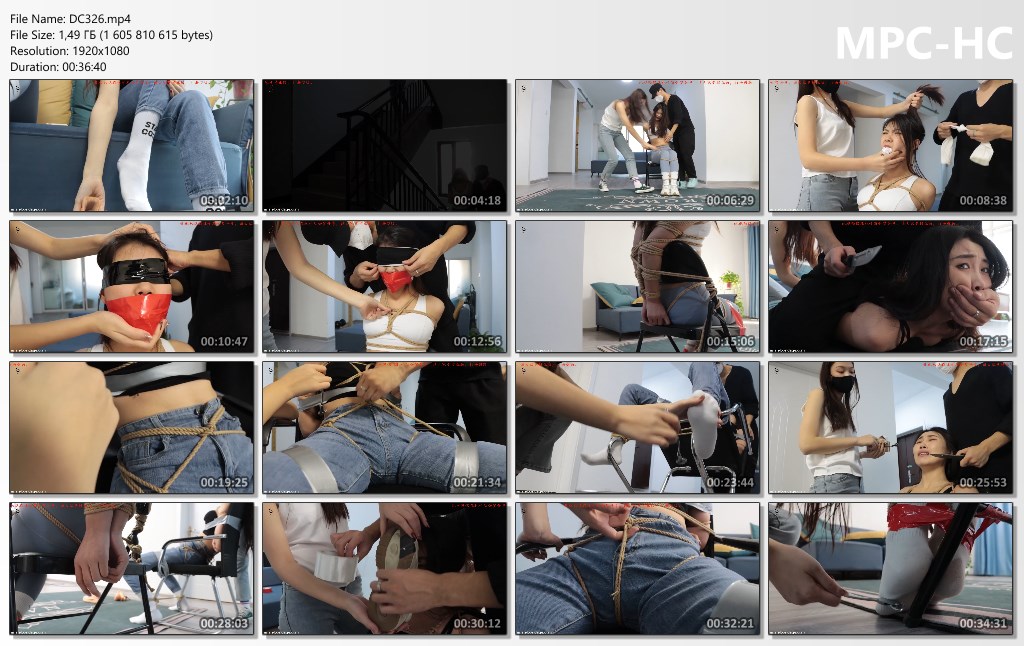 “Introduction: Xiaoyu, who is ignorant but wants to pursue, befriends the underworld wolf brother. The two want to get something for nothing through robbing to seek wealth and enjoy the new year, so they set their sights on the two beautiful dance teachers next door, Enke and Yu. Chen, so the two are kind-hearted, hard-working and capable young ladies never imagined that working hard to earn money would not allow them to enjoy the New Year, and they have become meat in the eyes of hungry wolves! Enke met Xiaoyu and Brother Lang when he was off work in the corridor. At this time, Enke didn’t know that the two men would inflict inhuman humiliation and torture on him. At the door, Yuchen, who worked overtime, became the first target to be attacked. All he needed was a face-to-face, knocked down, European-style straight arm binding, snake binding, and feet bound to a chair. Binding alone is not enough for the kidnappers. Towels Gag, stockings and mouth tape are all arranged, the tape is sealed, the white socks are blindfolded and the black cloth is wrapped around Yuchen’s world into darkness, and the ears are also arranged with earplugs. Yuchen’s senses are completely blocked, she can only whine, The two kidnappers played with her for the purpose of checking the rope, touching her chest, pulling the rope, and spanking her buttocks. After the teasing was over, the two went to look for the treasurer Liu Yuchen squirmed on the chair. Enke forgot to bring something, and when he came to pick it up, he saw that Yuchen was tied up, gagged and eyes closed, so pitiful, he immediately wanted to help untie the rope, but the noise was heard by the robbers, and the result was the same, and he was tied up and humiliated. As soon as the camera turned, Enke was tied up on the chair, and the two robbers cooperated to firmly insert the gag into Enke’s mouth so that she could not shout loudly, and then began to knead her big breasts and pinch her waist. For sensitive parts such as her thighs, Enke could only twist her body and whine, then the two searched her pocket for her mobile phone and bank card, rubbed her breasts, scratched her feet with gears, and pressed for the password. They couldn’t bear the torture for a while Enke can only say the password and beg for mercy. But the second robber didn’t intend to let her go, no matter how hard she begged, she was only gagged by smelly socks, sealed with red duct tape and wrapped in bandages, and all her complaints became whining noises. Pressed to find out the password, the two untie Yuchen’s earplugs and ask her for the password, but they don’t unlock Yuchen’s mouth and let her tell the password in a special way. After telling the password, the two plugged Yuchen’s ears again. Xiaoyu made a bad move, covered Enke’s face with Yuchen’s shoes and then wrapped them with tape to humiliate Enke! Afterwards, Brother Wolf went out to withdraw money, leaving only two tied beauties and a female robber in the house. The ropes, the tickles, the gears scratching the soles of the feet, and the whooping and whining of laughter are wonderful. Tired of playing with the second daughter, Xiaoyu plans to rest, and warns the kidnapped Enke and Yuchen to be honest and not to make any noise, and she will kill her if she is fired until she sleeps. The second daughter could only obey, Xiaoyu went into the room to sleep, Enke and Yuchen struggled and whined in the living room.”