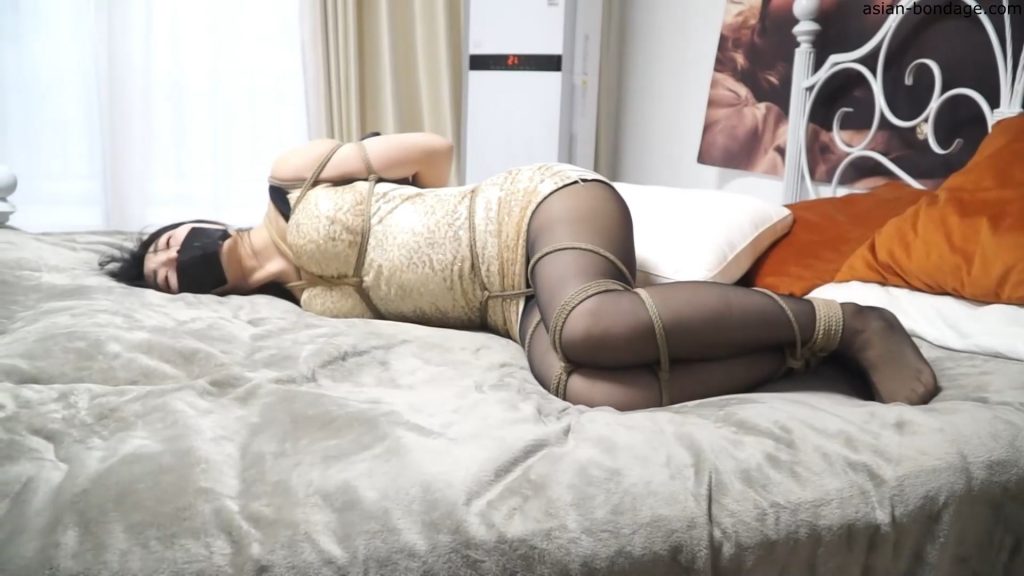 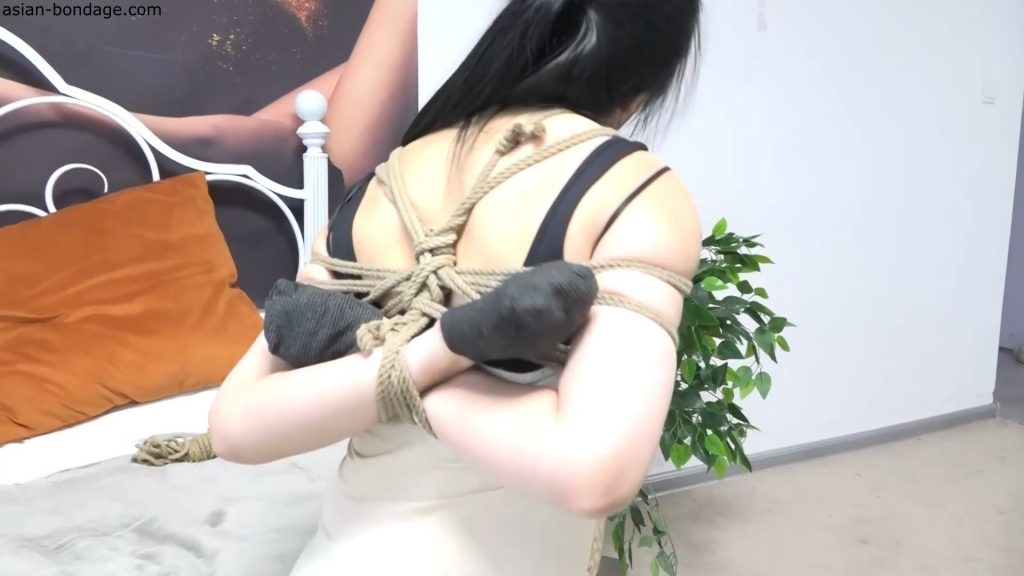 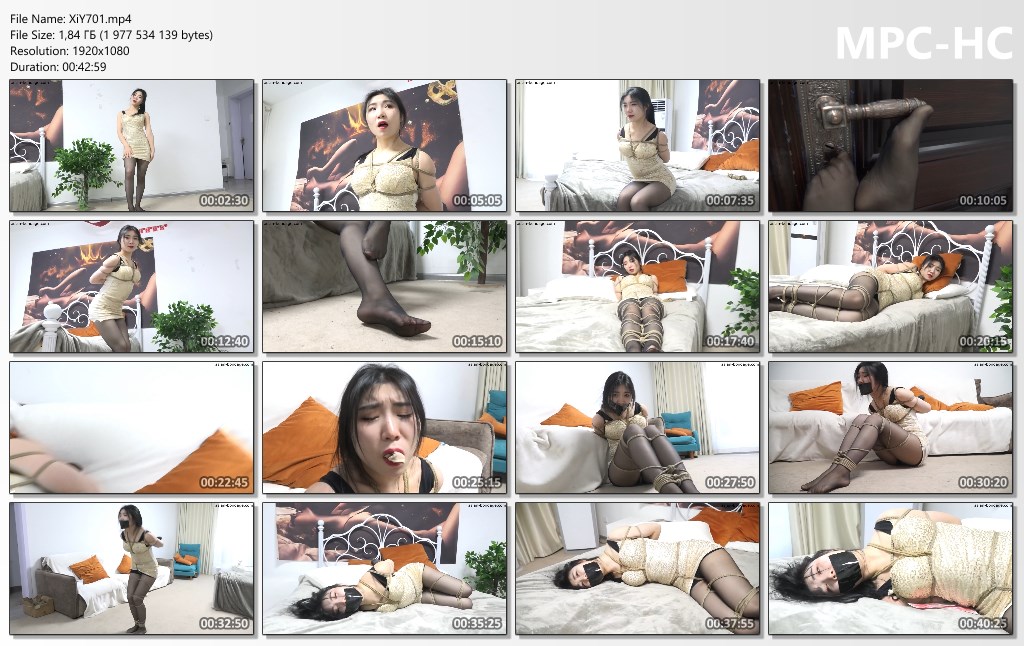 “Super interesting bondage plot, the beauty thief was mistaken as a model, at first she thought it was an ordinary stockings model to cooperate with the shooting, but how did she know that she was constantly tied up during the shooting, even her hands were wrapped, the beauty wanted to take advantage of it Escape from the shooting gap also failed. Can only be forced to cooperate and become a rope art model who is tightly bound.

After the shooting, the man suddenly received a call. It was a real model who said that he was suddenly sick and couldn’t come. Who is this model now? When the man finished the phone call and looked at the beauty, the beauty had already fled to the gate and wanted to escape. But she didn’t open the door and was dragged back by the man, who asked who she was. The beauty faltered and said that she was the property owner who came to check the water and electricity, but the man said that there is no property owner who is dressed so sexy. The beauty said again that she had gone to the wrong door, and the man said why should he cooperate with her as a bundled model. The beauty really couldn’t make up an excuse and wanted to run away, but was caught by the man again. The man scratched the beauty’s body and spanked her to force her to question her. The beauty finally couldn’t bear to confess that she was a thief. The man said he would hand her over to the police, but the man dragged her out. The beauty kept wriggling and struggling not to be dragged out. She kept begging for mercy, saying that she hadn’t stolen anything, so let her go. The man was too weak to be resisted by the beauty, so he also gave up. The man said that since the real model can’t come, then if you cooperate to complete this shoot, I will give you a chance to let you go. Beauty can only agree. The man left to get the props, and the beauty twisted her body. Tucao said that he was too unlucky, how did he encounter such a thing. I regretted that I might as well run away when I was not tied up in the first place. The man came back with socks and tape and wanted to gag, but the beauty didn’t want to be forced to open her mouth by the man pinching her nose, so she was stuffed with socks and gagged. After the shooting of the man, the man said that he would give the beauty a chance just like the appointment. The man opened the door to the beauty (not really opening it, just opening it slightly) and then opened the door of the bedroom. He said that there was her payment for this shooting on the bed in the bedroom, and of course she could also run away directly, and he would leave for 10 minutes, and then she would not call the police if she escaped by herself. The man leaves. The beauty hurriedly stumbled to her feet and walked to the gate. But when she was about to go out, she was reluctant to part with the rewards, and after struggling for a while, she stumbled and jumped to the bedroom. Sure enough, some money was found on the bed. She [XX_X] wanted to get the money, but found that her hands were wrapped and her mouth was sealed, so she couldn’t get the money at all. And when I regretted, the bedroom door closed again. The beauty slammed on the door in a hurry to no avail. Wriggle and struggle on the bed. In the end, the beauty was completely imprisoned by the man, and was forced to film the man wantonly on the bed. If the beauty did not cooperate, she would be spanked by the man.”