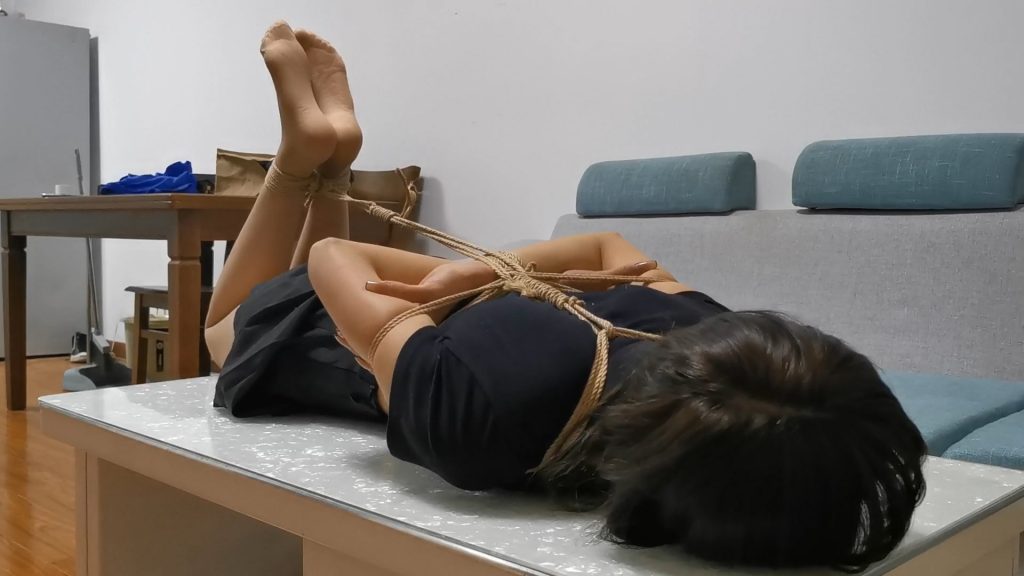 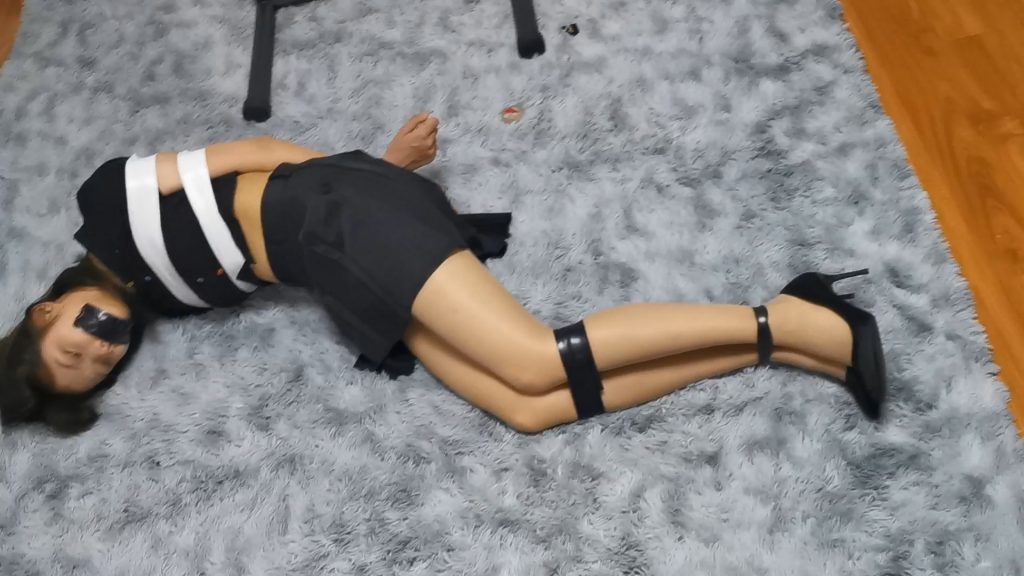 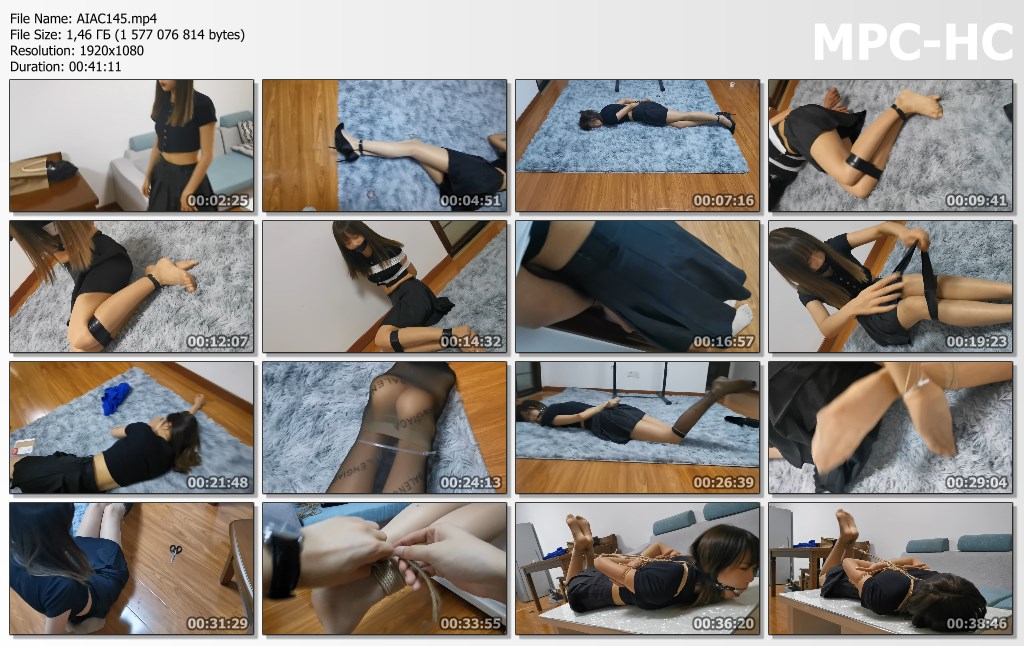 “Synopsis: Act One: Ke returns home from work and sits on the sofa to rest. After wearing high heels for a day, my feet were sore and sore. I took off my high heels and rubbed my feet on the table. Come here for a while, feel thirsty, go to the refrigerator to find water to drink. At this time, the thief who sneaked into the house rushed out and fainted Ke Ru with a towel. The second act: The thief, after binding Ke Ru’s hands and feet with tape. Continue to find property. Ke Ru gradually woke up and found herself bound, struggling frantically. After a while, no trace of the tape was loosened. I want to stand up, but I can’t find the center. She moved to the wall little by little, leaned on the wall, and stood up. He jumped to the edge of the door and broke the tape. Unexpectedly, the thief hadn’t left yet. Caught Ke Ru again. Act Three: The thief is afraid that Ke Ru will break the rope again, this time with a tie. And, I wrapped Ke Ru’s hands and feet with silk stockings, thinking, now, you can’t break it. Who knows that he forgot to take away the scissors on the stool. After struggling Ke Ru found the scissors, while the thief was not paying attention, he grabbed the scissors with his feet and cut the tie that bound him. Act Four: Just as Ke Ru was about to escape, he was caught by a thief who had searched his belongings and was about to go out. The thief stunned Keru again, holding the rope and thinking: It seems that you can only be tied up with a rope. The thief tied Ke Ru Si Ma tightly, and then slammed Ke Ru, watching after Ke Ru could no longer escape. Go out with confidence…”