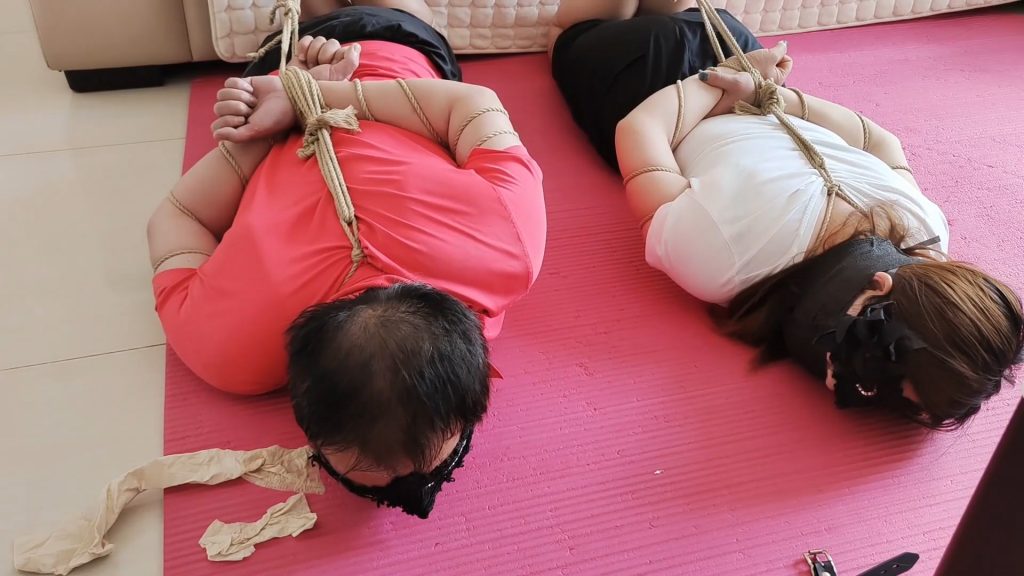 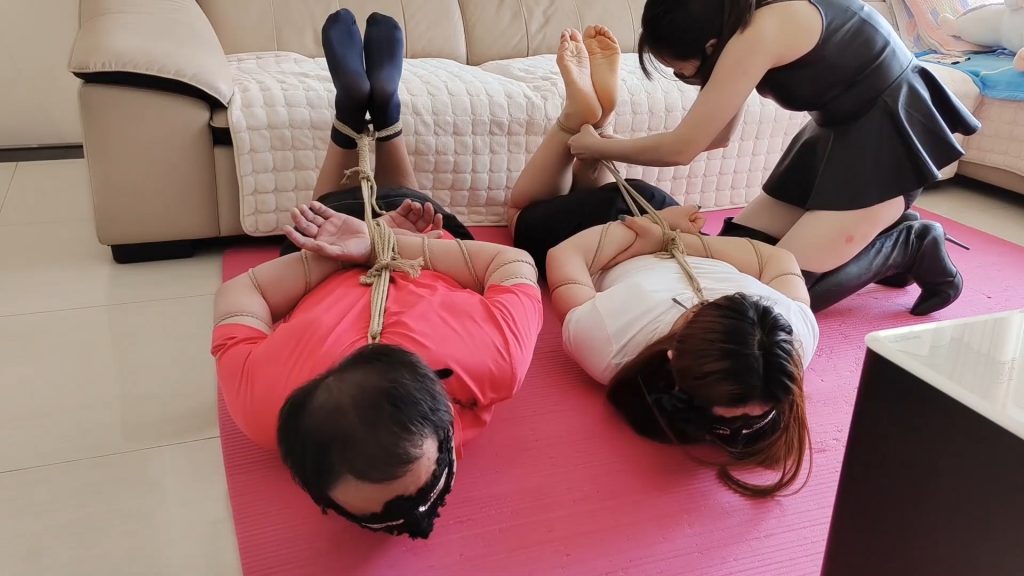 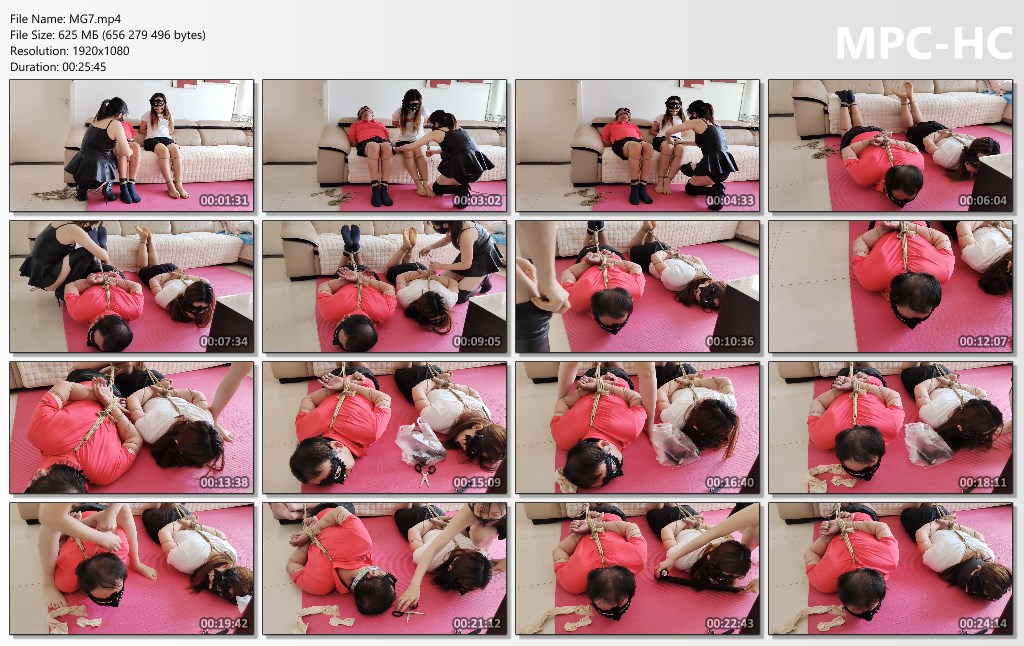 “Plot: Male and female M often oppose female S, and the grudged female S looks for an opportunity to tie the two and make them slaughter. Female S stuffed original dirty socks into the mouths of male and female M respectively, and cut 5 sheets with strong adhesive tape and sealed them outside the mouths of the two. On this basis, they were wrapped with tape and elastic self-adhesive bandages for many times. After the female S tied up the male and female M, she deliberately took pictures with her mobile phone, showed them to the two to humiliate them, and then left proudly, saying that she would come back later and clean up the two. The male and female M twisted and struggled helplessly on the ground, but because of the female S’s superb blocking skills, the two struggled to no avail”