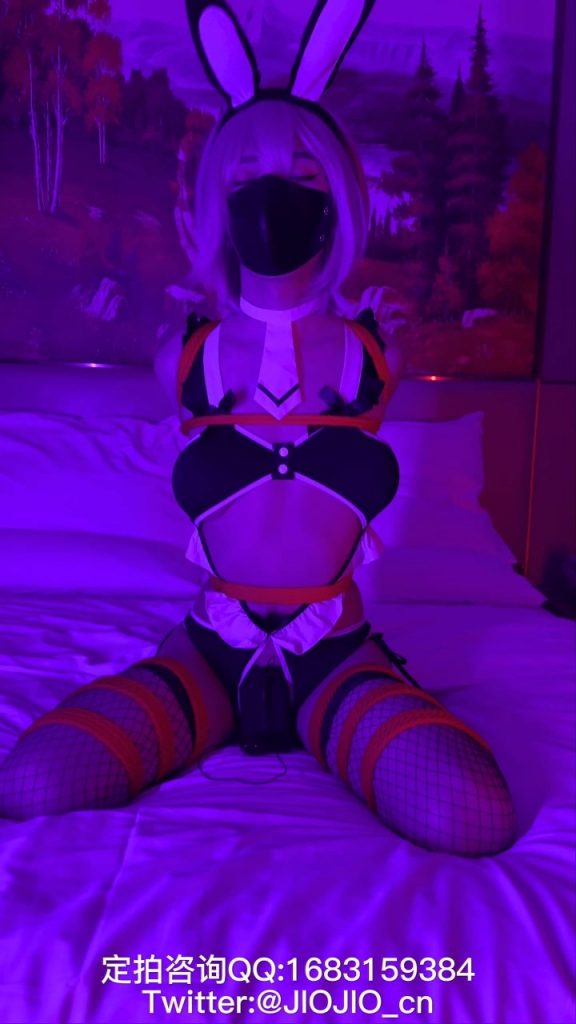 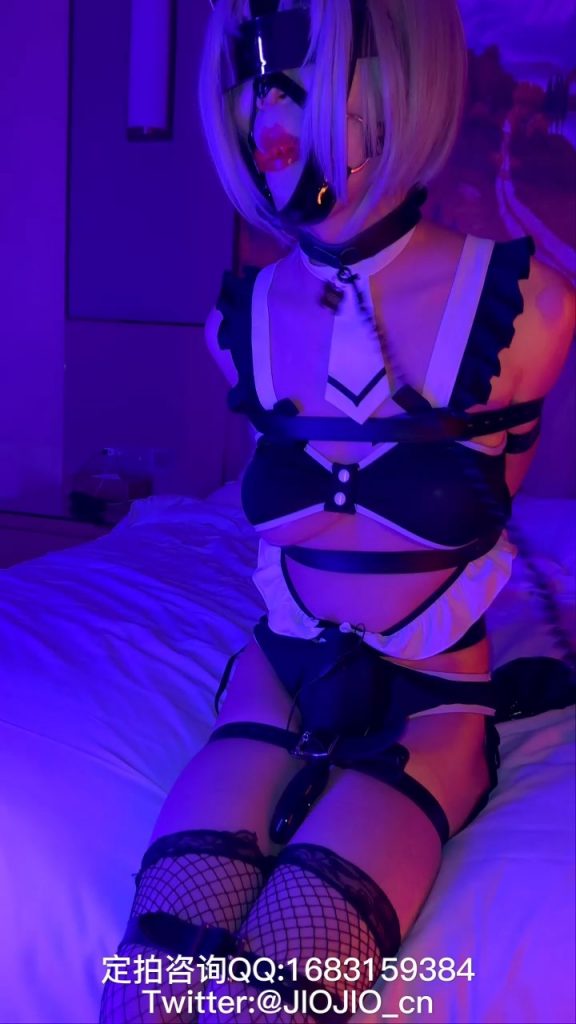 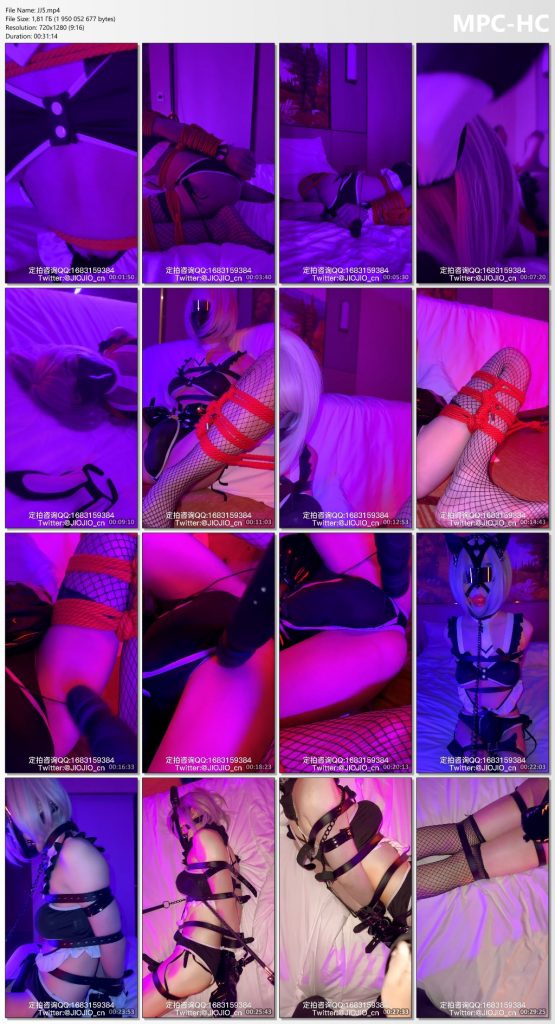 “The JIOJIO bunny girl waiter was kidnapped by a mysterious person after work, and she was taken to the hotel to wait. The first paragraph: After waking up, she found that her hands were tightly bound, her arms were straight, her legs were vibrating, her TD was also stuffed into her back, and her GS was terrified. After opening the struggling toy, the intense stimulation surged up, and I gasped for a while, followed by the mysterious man’s crazy whip sp. After playing with a strong G, I collapsed on the bed… The second paragraph: I was put on a cyberpunk blindfold and tied with the word M Behind the head of the bed, the elbows are restrained behind the back and the front is locked with patent leather gloves. This posture is very tormenting, unable to move. Struggling hard, the frequency of the toy below is opened up. The third paragraph: Putting on a cat-ear-shaped harness, mouth balls, drooling non-stop Struggling and panting while being played until collapsed…”