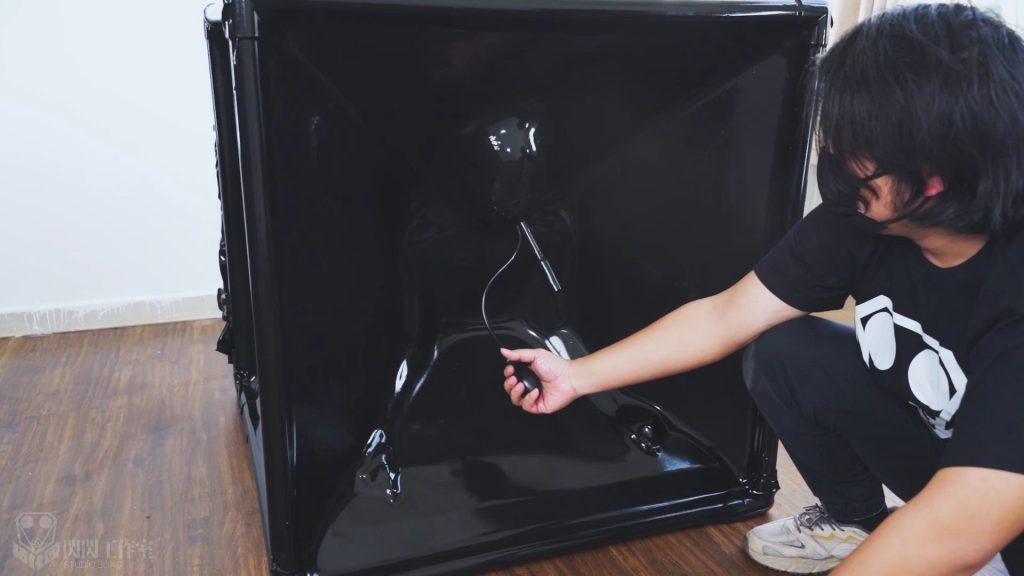 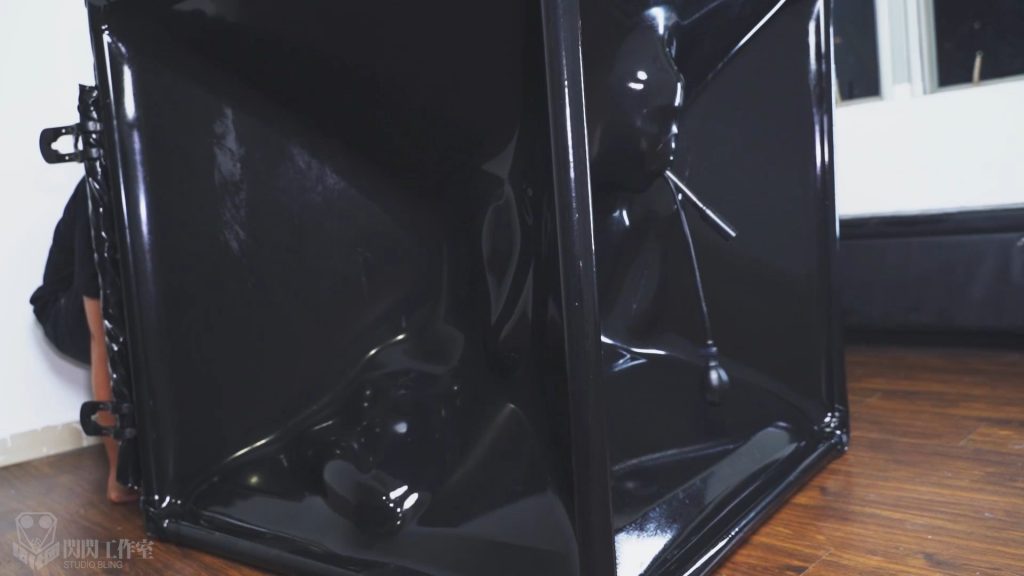 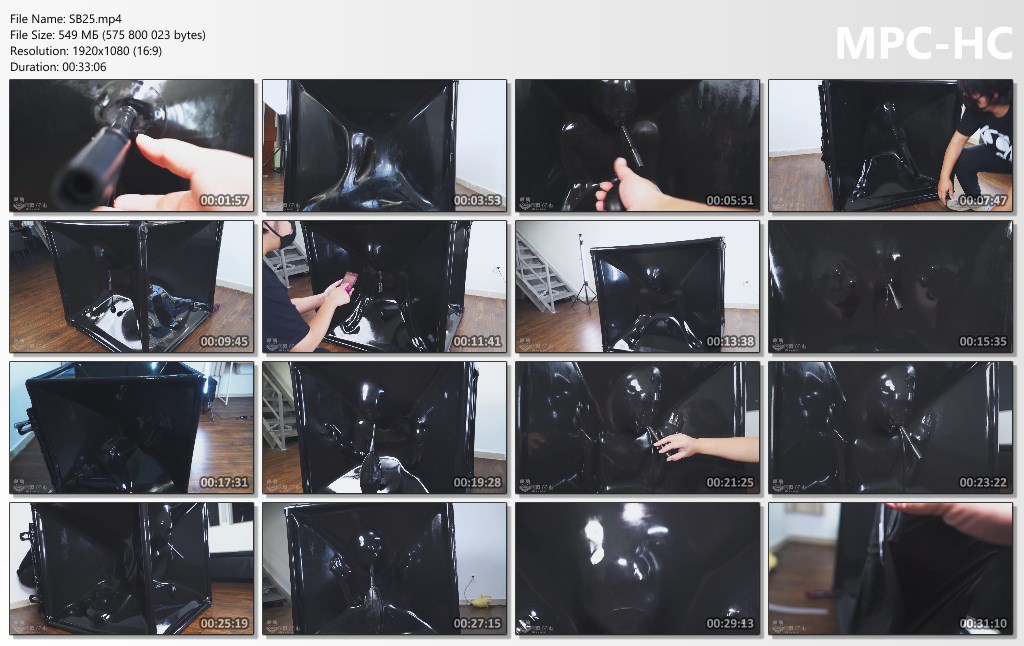 “This space has no air and is pitch black. The time inside seems to be Pause, aerobic organisms cannot survive. Compared with a two-dimensional vacuum bed, the vacuum cabinet is the real space created. The surface uses the high toughness of latex. This space can press all the objects in its body, making them only To maintain a static movement, use a latex female figure and place it in a vacuum cabinet. In order to ensure that the figure maintains its motion for a long time, the bottom of the cabinet must be covered with a sponge cushion, and a rubber inflatable plug is installed on the wall of the cabinet to increase the length of time the plan is implemented. A snorkel is built into the plug to ensure the humanoid’s safe breathing. Pressing the inflatable valve ball can increase the volume of the mouth plug, ensuring that the mouth of the doll is filled, and avoiding the danger of falling off during the planning process. The human doll breathes and confirms that it will take 600 seconds to turn on the 800W suction motor and start to discharge the air in the cabinet. The preview will be accelerated by 10 times in the report. At the end of the pumping, the human figure has a clear outline and smooth breathing, accompanied by slight struggling movements and groaning sounds. The situation shows that the human figure is affected by strong pressure. The plan is to continue using a vibrator to test the human figure’s struggle. The amplitude and the cry gradually increase. The human body made a frictional sound. The breathing bag was connected to the humanoid breathing tube. The humanoid appeared to be very uncomfortable and struggling in pain, but it didn’t make any sense at all. The humanoid’s movements did not change due to the excessive reaction of the humanoid. The first pumping experiment was over and the entrance was opened. Infuse the air, and the doll’s posture can be liberated. The doll’s sense of oppression is very great, and the head feels the most obvious. Even the teeth are clinging to each other. The second pumping air opens, and activates the doll’s built-in vibrator, and the moaning sound increases accordingly. The number of times and duration of the breathing bag connection is due to and the built-in vibration, accompanied by the limitation of the sense of oppression, it produces a great struggle response, the vacuum cabinet is severely shaken and deformed, and there is a danger of falling apart. The second experiment was urgently suspended due to excessive pressure and The inflatable port plug was inflated too much, the doll’s mouth was crushed and scratched, and there was slight bleeding. Even so, a third pumping was required to strengthen the vibration stimulation of the doll. Continue to observe the struggling movements with the breathing bag link and finally unplug it Pull out the outlet plug of the breathing bag directly, and a small amount of air enters, but due to the pressure difference, the lips of the doll are sucked into the wall hole of the cabinet, making it impossible to breathe at all. Fortunately, the air that flows in is enough for the doll to slightly prop up the latex attachment with the hand, and adjust the position of the mouth At this point, the plan was completed, the cabinet door was opened, and the doll slowly climbed out. The doll’s physical strength was too great. During the slow movement, it was necessary to try a gas mask and a breathing tube. Loud noise was made, and the doll could not be used.”